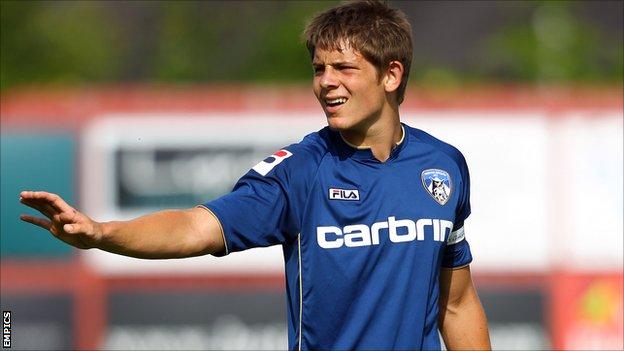 James Tarkowski hopes Tuesday's 2-0 win at Crewe will be the start of a positive run of results for Oldham.

Defender Tarkowski, who netted the opening goal, told BBC Radio Manchester: "It was massive for us.

I've told them how well they've done, but they've set their own standard

"It was probably the best we've played all season and we needed it after the run we've been on."

The 19-year-old continued: "We have had poor stages in games and we've had bad luck in other games.

"In the first half I thought it was going to be the same again because we had five or six chances and it just wouldn't go in for us.

"We've got a few tough games coming up, against Preston and Sheffield United, so we need to kick on and get on a little roll."

The three points lifted Oldham a point above the relegation zone and Dickov is keen to see his side string together an unbeaten run to move further clear of trouble.

"You want them to enjoy wins," said the former Manchester City striker. "There's no better feeling than winning.

"I've told them how well they've done, but they've set their own standard. If we keep playing to that standard, we'll win a lot of games."