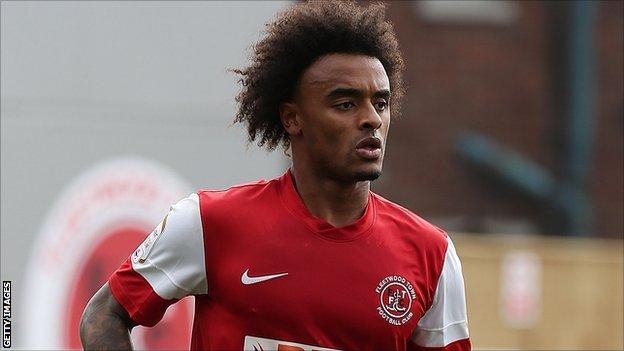 Manager Micky Mellon says Junior Brown is being given the freedom to produce his best form for Fleetwood.

"He's been magnificent all season," Mellon told BBC Radio Lancashire. "We've encouraged him to enjoy his football and play with freedom.

"We're not bothered about him making mistakes and that seems to allow the players to blossom and develop."

Mellon added: "He's still very young but if he keeps putting in performances like that, we'll be made up."

Former Crewe trainee Brown, 23, inspired Fleetwood to a second victory in four days and lifted Mellon's side up to third position in League Two, five points behind leaders Gillingham.