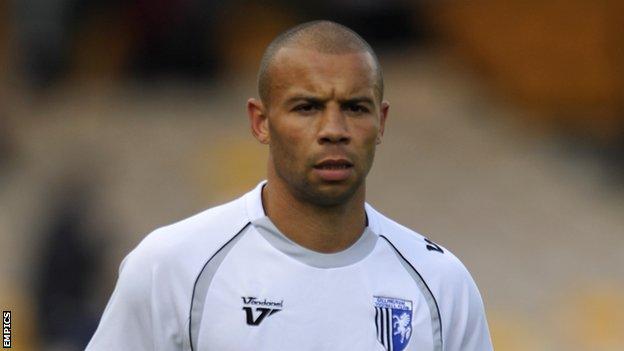 Gillingham striker Deon Burton wants to take on penalty-taking responsibilities in a bid to become their top scorer.

Burton has scored four goals this season while Danny Kedwell has nine, including five from the spot.

He said: "Danny's on penalties so he's got that added bonus. If we can change to me being on penalties after Christmas I might catch back up.

The 35-year-old summer signing added: "I've been reminding him about the stats in case he decides he's not feeling it.

"Keds is on fire and has scored every one so far.

"Whenever he's not playing and I am, there's someone to step in."