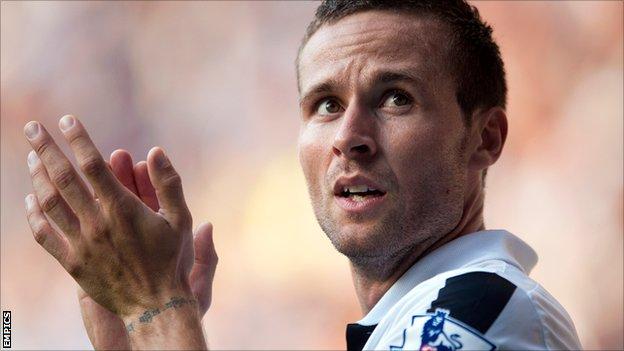 Newcastle United midfielder Yohan Cabaye has admitted he is yet to replicate the form he showed in his first year on Tyneside.

The France international, who has not scored in 2012-13, joined up with Newcastle four weeks late having played for his country during Euro 2012.

My pre-season wasn't very good. I need to keep working, keep playing and to be fit

"I need to keep working, keep playing and to be fit, because if you're not fit in England, it's really hard."

He added: "I don't know if it's an excuse, but I just want to be focused on the future and do well for the club."

Poland international Obraniak, 27, has scored two goals in eight games for the Ligue Un club, and has 27 caps for his country.

"When we were at Lille together, he did well," Cabaye continued.

"He had the right mentality because even if he didn't have a long time on the pitch he was still focused."

You can hear the full interview with Cabaye in BBC Newcastle's build up to Newcastle v Bordeaux on Thursday, 4 October.