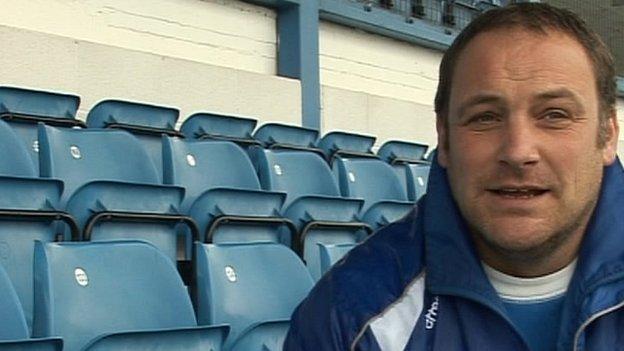 Gainsborough Trinity manager Steve Housham says he is proud of his side's display in the FA Cup second round qualifying replay defeat at Chester.

Jamie Yates scored a late equaliser in Tuesday's tie to force extra-time against a side who have won eight of their nine league games this season.

But the Blues were beaten 2-1 by their fellow Blue Square Bet North side.

"I can't fault the effort. I was very proud of every single one of them," Housham told BBC Lincolnshire.

"We managed to get back in the game on 88 minutes and then nearly won it in the 90 minutes. We could have won it right at the end of normal time.

"Over the two games it was a tough draw. We came up against one of the best teams in our league and drew twice over 90 minutes so there are lots of positives.

"The players ran themselves into the ground. They have nothing to be ashamed of."

Trinity are without a fixture this weekend and are 12th in the league, having won three, drawn three and lost three of their nine matches.