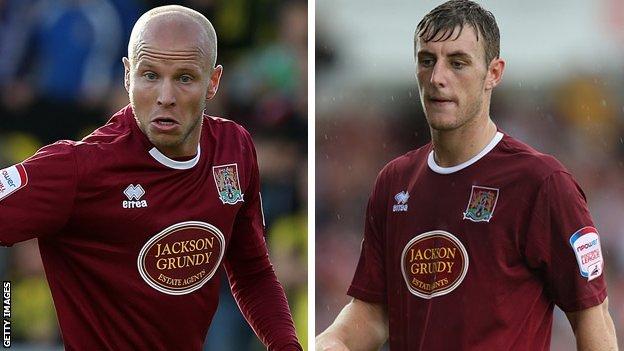 Guttridge, 30, could be out for three months, while 23-year-old Johnson is expected back within six weeks.

"Luke Guttridge has a broken metatarsal so he'll have that pinned in the next couple of days," boss Aidy Boothroyd told BBC Radio Northampton

"That will be about three months I'd think," he added.

"John Johnson has nipped a cartilage. That's going to be four to six weeks."

That leaves Boothroyd with Ben Tozer as his only recognised central midfielder for Saturday's League Two trip to Bristol Rovers, with Ben Harding already on the sidelines.

And the Cobblers manager has said he has lined up a loan move for a youngster from a higher division club.

"I've made some inquires. We're all set to go. It should be announced by Friday afternoon or early Monday," he said.