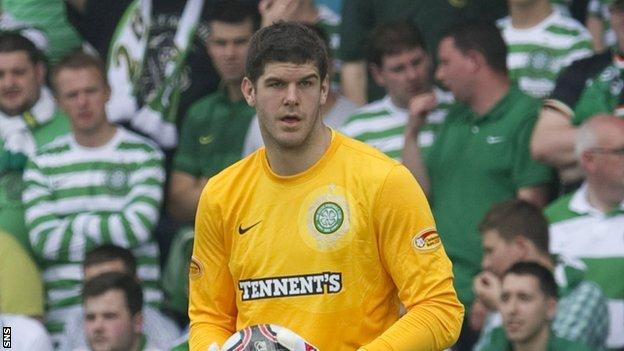 Celtic goalkeeper Fraser Forster has been called into the England squad for the first time.

Forster, who joined Celtic from Newcastle in July this year following a successful loan spell, has been in impressive form for Neil Lennon's side.

Roy Hodgson has rewarded the 24-year-old with a place in his squad for the upcoming World Cup qualifiers against San Marino and Poland.

Reacting to news of Forster's call-up, Lennon said on Twitter: "Well done Fraser Forster, it's fantastic recognition for him and Celtic....he thoroughly deserves this."

Forster spent two loan spells with Celtic from Newcastle before making the switch permanent during the summer.

Speaking in August, Lennon said Forster deserved a call-up as England did not have a plethora of goalkeepers to choose from.