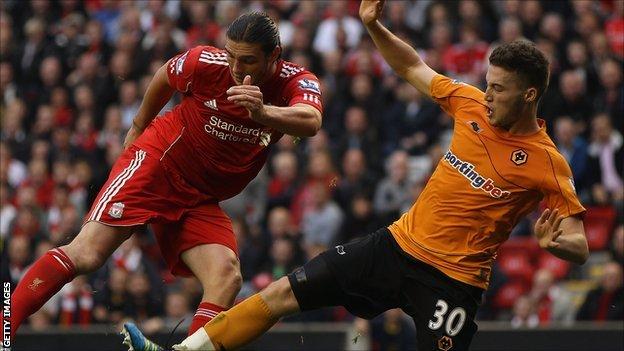 Signed from Irish club Bohemians in 2010, 20-year-old Doherty has played six times for Wolves but has yet to feature at first-team level in 2012-13.

and started their Scottish Cup final defeat by Hearts.

Doherty could make his debut for the Shakers, who are still to win a competitive game this season, against Swindon at Gigg Lane on Saturday.

Meanwhile, Bury have recalled striker Andy Bishop from his loan spell at Wrexham.