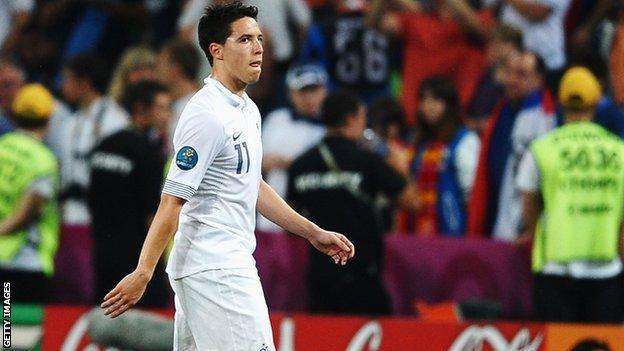 Manchester City midfielder Samir Nasri has not been recalled for France's upcoming friendly against Japan and World Cup qualifier against Spain.

Nasri, 25, has completed a three-match ban imposed by the French Football Federation following a number of incidents at Euro 2012.

The 25-year-old Newcastle midfielder was disciplined following a row with former boss Laurent Blanc at Euro 2012.

Nasri swore at a reporter following France's quarter-final defeat by Spain. The former Arsenal player had earlier held a finger over his mouth and yelled "Shut your mouth!" at another journalist after scoring in their opening match against England.

Ben Arfa was only given a warning because of his dressing room argument with Blanc following France's 2-0 group stage defeat by Sweden, but has not featured in the squad since.