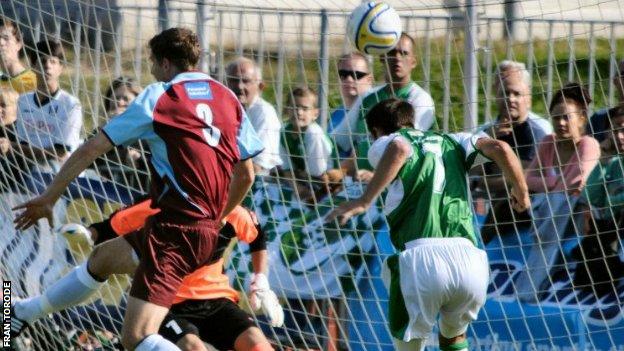 Guernsey FC manager Tony Vance believes his side are the team to beat in the Combined Counties Premier League.

The Green Lions are on a seven-match winning streak and currently sit top of the table on goal difference.

It doesn't matter if you're Ross Allen, [captain] Sam Cochrane or whoever, people have to fight for their places.

"Ultimately, to a certain degree, we are the team to beat and that raises people's expectations and their levels against us," Vance told BBC Guernsey.

"In our previous games when we have taken our foot off the pedal, people have tries to punish us."

However, Vance says it is not certain Allen will be in the starting line-up.

"We've got three really big names coming back into the squad but they've missed the last few games, and people have done very well in their place.

"Last week we scored four goals without Ross and defensively were very strong.

"Everyone knows the rules. It doesn't matter if you're Ross Allen, [captain] Sam Cochrane or whoever, people have to fight for their places," said Vance.