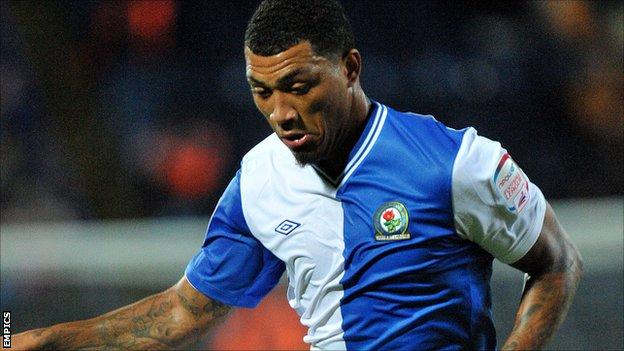 Colin Kazim-Richards wants everyone at Blackburn Rovers to come together and help the club win promotion.

A supporters' group had threatened to boycott the home Championship game against Wolves on Saturday if Steve Kean had remained as manager.

But striker Kazim-Richards is hopeful the discontent amongst fans will disappear.

"We all want the same thing. Everybody wants to see Blackburn in the Premier League again," the 26-year-old said.

"The fans do, the players do, the coaching staff do and the owners do, so let's all go the same way."

Kean's reign at Blackburn came to an end on 28 September following months of protests from fans and repeated speculation about his future.

After drawing his first two matches as caretaker boss, Eric Black remains in charge of the team on Saturday.

Rovers are fifth in the Championship table, three points behind leaders Cardiff.