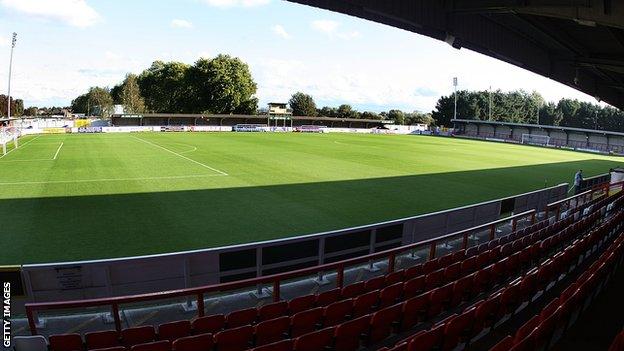 AFC Wimbledon chief executive Erik Samuelson expects they will be able to name a successor to Terry Brown by the middle of next week.

"The board have met and ran through the recommendations that Harry Bassett and I made and agreed a shortlist," Samuelson told BBC London.

"We'll be interviewing on Monday and then we have to go through a process.

"I would guess around Wednesday morning we will be able to say who our new manager is."

The Dons parted company with Brown last month after winning just one of their opening seven league games this season.

Brown, who had joined the club in 2007, had led the side into the Football League after three promotions in the space of four years.

Samuelson added: "We want someone who brings energy, dynamism and innovative thinking.

"We are looking at a range of experienced League managers to high-quality coaches and thinking which one will fit us best."

Meanwhile caretaker manager Simon Bassey has warned the League Two club's players to improve their performances if they want to remain at Kingsmeadow.

Bassey led the Dons to victory in his first game in charge against Wycombe but the side have suffered defeat in their last two games.

"There's no secret that if a new manager comes in he will want to make changes to the squad," he told BBC London 94.9.

"We're second-bottom because we don't defend well enough all over the pitch and we're not brave enough.

It took a long time to whittle down the names. We're really pleased with the candidates on the shortlist

"We should be comfortably mid-table in this league.

"If you don't get results you're telling someone you're not good enough. If someone else came in I'm sure they'd take a look at it and say 'I need to make changes'.

Bassey is aware that his future is also dependent on results improving.

"I told them [the players] I'm fighting for my life in terms of getting the job or staying and working with someone else," he continued.

"I'll give everything to this football club and continue to do so until I'm told otherwise. I'll carry on giving my best."