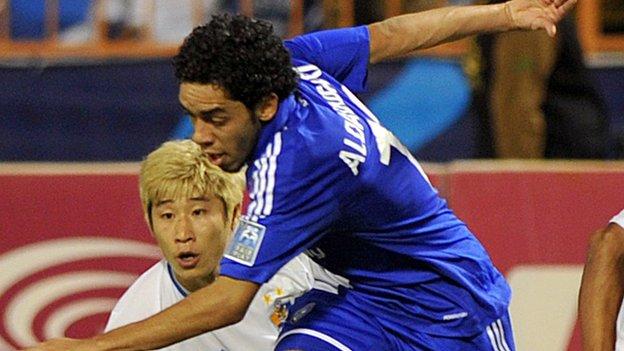 Hilal enjoy home advantage over compatriots Al Ahly Shandy and need one point to secure progress from Group A.

Leopards, meanwhile, will make the long trip north to Wydad Casablanca of Morocco needing a Group B win to be certain of advancing.

The second-place clubs in the mini-leagues behind Al Merreikh of Sudan and Djoliba of Mali respectively can expect fierce opposition as their rivals are desperate for victories to stay in contention.

Form favours Hilal in Omdurman on Friday as they visited African newcomers Ahly in the first series of pool matches and triumphed 2-1 through goals from strikers Mudathir Eltaib and Senegalese Ibrahima Sane.

Sane and fellow goal poacher Edward Sadomba from Zimbabwe face late fitness tests and Franco-Italian coach Diego Garzitto is hopeful both will be able to start.

Sadomba and Sudan star Eltaib have scored three goals each and Sane two since Hilal entered the second-tier Caf club competition at the play-off stage having been eliminated from the Champions League in the final qualifiers.

Garzitto, the latest in a long line of European and South American coaches to guide a Hilal team that has never won a Caf trophy, led TP Mazembe from the Democratic Republic of Congo to the Champions League title three seasons ago.

Born in Italy and raised in France, the 62-year-old began coaching in 1984 and has also handled the national teams of Togo and Ethiopia and Wydad Casablanca.

While Hilal are perennial African campaigners as they dominate domestic football with neighbours Merreikh, Leopards reached the last-eight of the Confederation Cup for the first time this year.

They shocked CS Sfaxien of Tunisia, Heartland of Nigeria and title holders Moghreb Fes of Morocco in qualifiers and are unbeaten in four group games with a win and a draw against Stade Malien of Mali plus draws with Wydad and Djoliba.

Leading scorer Eric Nyemba gave the Congolese an early lead against Wydad only for Abderrazak El Mnasfi to level on the hour mark, and after another draw at home to Stade, Wydad fell twice to Djoliba.

The Casablanca clash will be played on Saturday, as is the match between Angolan police outfit InterClube and Merreikh in Luanda, with Stade and Djoliba completing the schedule on Sunday with a Bamako derby.