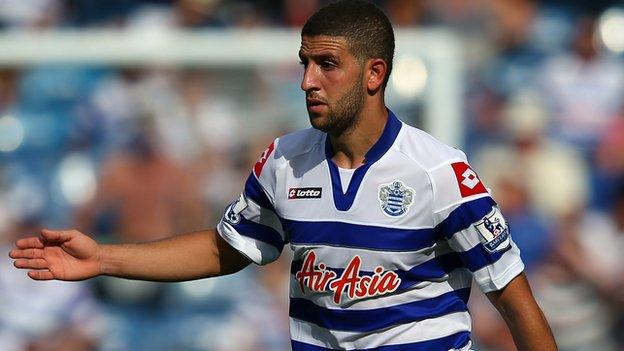 Queens Park Rangers boss Mark Hughes believes midfielder Adel Taarabt has learnt from past mistakes and could have a big impact at Loftus Road.

Taarabt, who signed a new three-year deal in the summer, scored 84 seconds after coming on as a substitute in Monday's 2-1 home defeat by West Ham.

Hughes said: "Adel is a talented young man and that talent is recognised here.

"We are pleased with what he is producing and as a consequence we will reap the benefit on the pitch."

The 23-year-old ended speculation surrounding his future at the west London club by extending his contract - just a year earlier he wanted to leave QPR and join Paris St Germain.

He also previously said he would never play for his country after storming out when he found he would not be starting an African qualifier in June 2011, only to return to international action just four months later.

Hughes added: "He is a young player and sometimes he makes the wrong decisions.

"But I'm very happy with what he is doing at the moment, he is training correctly, training well and having an impact."

Rangers travel to West Bromwich Albion on Saturday still looking for their first league win of the season.