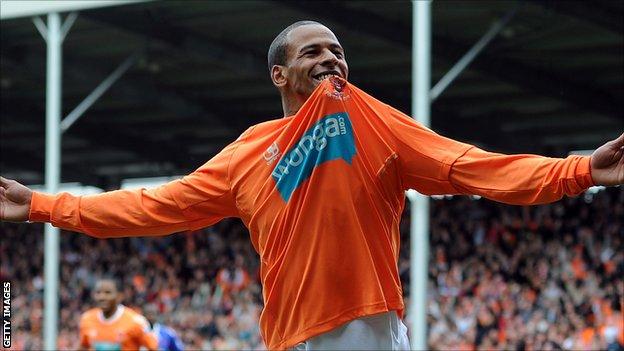 Campbell is in contention to make his debut in Saturday's televised game against Championship leaders Cardiff.

"Working with [manager] Paul [Jewell] at this great club was something that really interested me," Campbell told the Ipswich website.

The 30-year-old has also played for Brentford, Birmingham, Leicester, Derby and Blackpool during his career.

He has scored 77 goals in all competitions and is looking for a fresh start after making only 12 appearances for Rangers since joining the west London club 14 months ago for a fee in the region of £1.2m.

"There were a few options but I spoke to a couple of people, like Kieron Dyer and a few of my other mates who have played here, and they all spoke very highly of the club," he continued.

"I know the results haven't been the best so far but from what people have been saying, the performances have been good but we just haven't been able to put the ball in the back of the net.

"I'm fit and raring to go if called upon. Obviously I haven't played much this season but I've been playing reserve games, so I am match fit and I'm ready to go out there and give 100%."