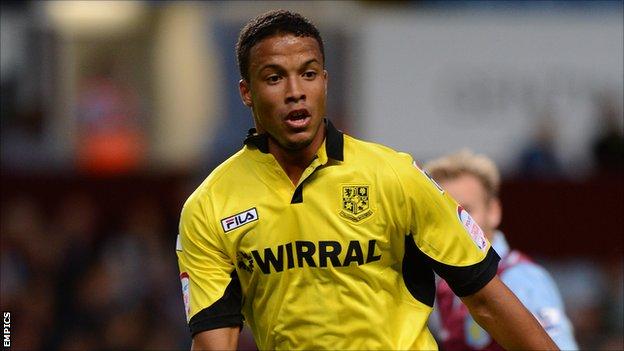 Joe Thompson says he is happy to have in the summer, as the move has allowed him to improve as a footballer and a person.

The 23-year-old, who came through the youth setup at Spotland, has played 10 times for the League One leaders.

"I found it harder than I thought because I'd been at Rochdale for so long and it was a comfort zone," the midfielder told BBC Radio Merseyside.

I've grown as a man and I feel like I've learned a lot about myself off the pitch, as well as on the pitch

"It was good for me to get out of it and learn a bit more about myself."

Thompson continued: "I've settled in really well now and it helps if you're winning week in, week out.

"Also, my girlfriend was heavily pregnant [at the time of the move] and we've just had a baby. She's four weeks old now.

"I've grown as a man and I feel like I've learned a lot about myself off the pitch, as well as on the pitch."

Thompson, who played more than 150 games for Rochdale, experienced the disappointment of relegation with John Coleman's side last season.

His early weeks at Prenton Park have been much more successful, as Rovers remain unbeaten in League One and have a four-point cushion at the top of the table, ahead of

"A lot of the lads here are young, but they've got a mature mentality," he added. "They want to work hard, be in the gym and do the injury prevention.

"When you've got people like Andy Robinson and Ian Goodison, and you see their experience, it just works."