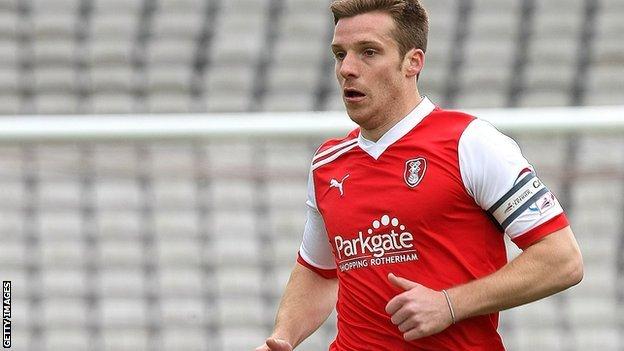 Mullins, 26, has not played for the Millers since the 6-2 defeat by Port Vale in September.

"He's a popular player and he's done a good job for us but it makes sense to loan him out when he isn't playing."

He added: "We have complete faith in Steve Evans's judgement in these matters and he felt it would be advantageous for him to go out and play."

The arrival of Mullins will help to cover for former Millers defender Michael Raynes, who suffered a hamstring injury in Tuesday's win over AFC Wimbledon.