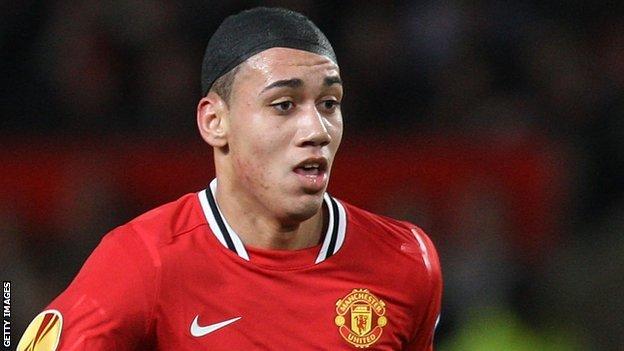 Chris Smalling could soon be back in action for Manchester United after five months out with injuries.

The 22-year-old centre-back suffered a groin injury in May, which ruled him out of Euro 2012, before needing surgery on a broken metatarsal in July.

"Smalling has started training on the football side - that helps us, as we have a problem at centre-back," said United manager Sir Alex Ferguson.

Meanwhile, winger Ashley Young could return to the side to face Stoke on 20 October.

The 27-year-old England international has been sidelined since August with bruised cartilage on his knee.

"Ashley will start training while the internationals are on, particularly during the second week," said Ferguson.

"He could, at a stretch, be back for the Stoke game."