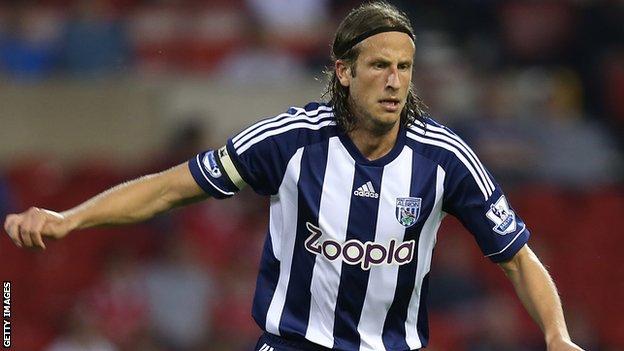 The 29-year-old, who joined Albion from Dutch club NEC Nijmegen in 2008, was set to become a free agent next summer.

Olsson, the club's vice-captain, has broken into the Sweden squad during his four years at The Hawthorns and played for his country at Euro 2012.

"This is great news for the club and shows we're heading in the right direction," Albion head coach Steve Clarke said.

"He's a tough, uncompromising central defender who knows all about the Premier League and the opponents he's up against week in, week out. Jonas is also a very important character and leader in our dressing room."

The deal comes three weeks after midfielder James Morrison signed a new contract which, like Olsson's, also runs to 2016.