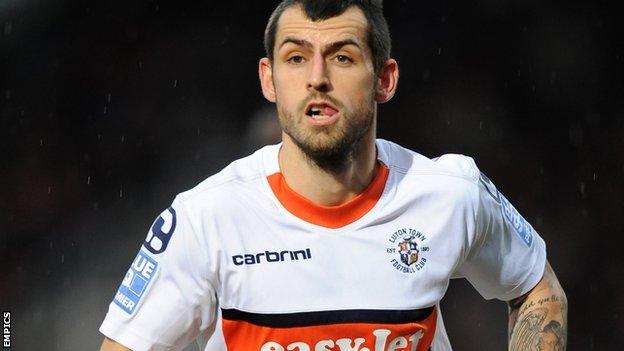 Two late goals from Alex Lawless saw Luton move up to third in the table with victory over Nuneaton.

The visitors were unable to fill their bench, but nearly took the lead when Gavin Cowan's header forced Mark Tyler into action after a quiet first half.

Luton had been frustrated by the visitors, but took the lead when Lawless fired in from 30 yards.

The midfielder doubled his tally when he curled past Ben McNamara from the edge of the area.

The victory moves Luton on to the same points as second-placed Wrexham, with both sides four points behind league leaders Newport County.