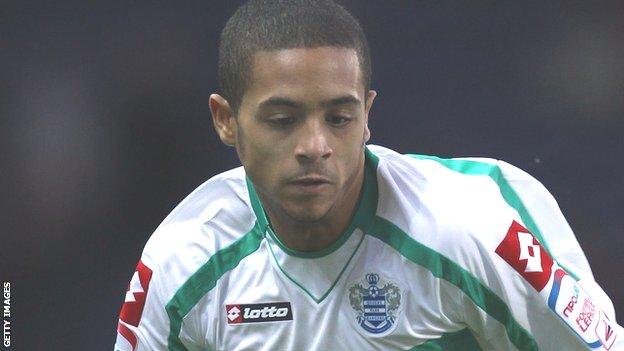 Bruno Andrade scored on his full League Two debut as Wycombe beat Fleetwood to move clear of the relegation zone.

The winger, who joined the club fired past Scott Davies from inside the box after receiving a pass from the returning Stuart Lewis.

Steven Gillespie hit the bar for Fleetwood after the break, while Junior Brown put his header wide.

It was the Chairboys' first clean sheet in 23 games and their first away from home since their 18 months ago.

Andrade made his Wycombe debut in the Johnstone's Paint Trophy victory at Portsmouth on Tuesday night.

The 19-year-old had never previously started a league game, but has made substitute appearances for his parent club QPR and Aldershot during a loan spell.

Wycombe move three points clear of the drop zone, while Fleetwood fall out of the promotion places into fourth, a point behind third-placed Cheltenham.