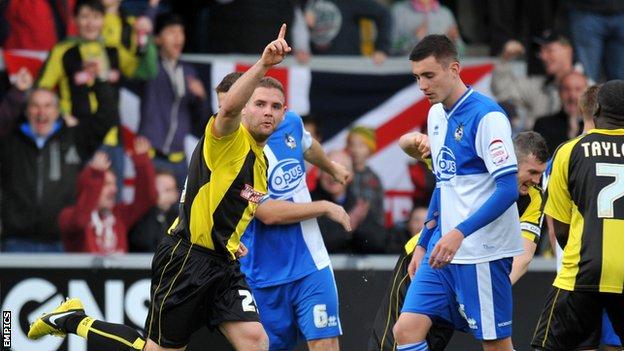 Burton Albion extended their unbeaten run to eight matches as they drew at home against Bristol Rovers.

In a first half of few openings, the game sparked into life when David Clarkson drilled home from the edge of the area to give the visitors the lead.

The Brewers came close to an equaliser soon after, but Neil Etheridge in the Rovers goal twice kept out Billy Kee.

However, Kee did eventually get the better of Etheridge, when he nodded in Lee Bell's free-kick from close range.

Burton did have a chance to win it, but Cleveland Taylor blazed wildly over the bar after breaking clear through on goal.