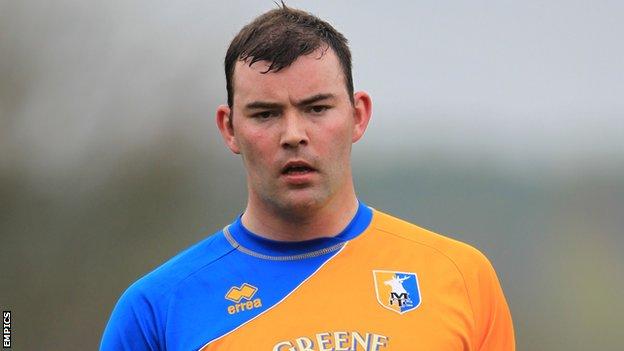 Rhead had earlier fired wide from distance, but a header from Exodus Geohaghon's long-throw consigned Rovers to a third successive defeat.

With Wrexham losing at home to Lincoln, Rovers could have overtaken the Welsh outfit and climbed to second in the table but they struggled to break down the Stags and went home empty-handed.

"I don't think anyone could say we didn't deserve it today. I thought they boys worked extremely hard and we did create some great chances.

"I am over the moon but it is only one win and this could be a base for us to start from.

"We looked structured, we looked organised and more importantly we looked hungry, which is the main ingredient for success."

"We feel like we've run over a black cat or smashed some mirrors or something. It feels like things just aren't quite going for us.

"We've had the best chances in open play and we haven't taken them.

"We defended brilliantly and had to make a few changes really late on. They've given me everything and I can ask for more.