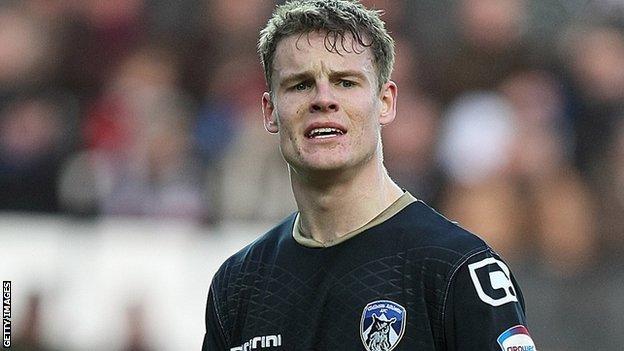 Cristian Montano went close for the Latics when his cross sailed inches wide of the post, while Michael Doyle saw his effort saved by Dean Bouzanis.

The hosts broke the deadlock from the spot through Nick Blackman after Jean-Yves Mvoto hauled down Dave Kitson.

Ryan Flynn went close to doubling their lead but he put his shot wide.

Sheffield United, who remain unbeaten in League One, would have moved second in the table if they had held on for the three points.

"I think it's a lesson we have to learn. Give them credit, they have persevered, which you'd expect us to do if we were in that situation. Then they've got a break.

"We've just got flat footed. The ball's just been lofted in and everyone just admired it."