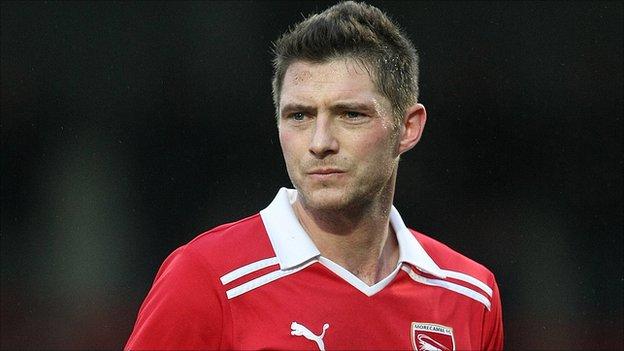 Phil Jevons was Hyde's hero as the Blue Square Bet Premier's bottom club came from a goal behind to beat Tamworth.

The hosts trailed at half time, ex-England international Lee Hendrie setting up Marcus Kelly to fire the Lambs into the lead at Ewen Fields.

But Jevons equalised from 12 yards after Scott Spencer had battled to create an opening for the striker.

And the former Everton trainee sealed the win from the penalty spot following Tom Marshall's foul on Alex Brown.

The victory was not enough to lift Scott McNiven's side off the bottom of the table, while they are still six points from safety, but the Tigers can take huge confidence from only their second league win of the campaign.

Tamworth, meanwhile, are seventh, five points from a play-off position.