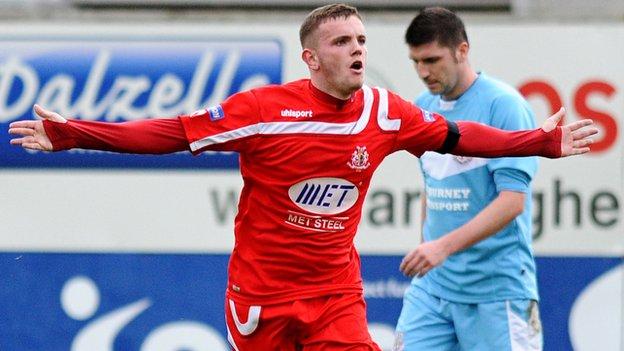 Darren Murray's double was not enough to give Portadown a Premiership win over Ballymena at Shamrock Park.

Murray made it 2-1 when he nipped in front of advancing keeper Dwayne Nelson to head home after 34 minutes.

Alan Teggart levelled with a 67th-minute penalty after the former Ports midfielder was fouled in the area.