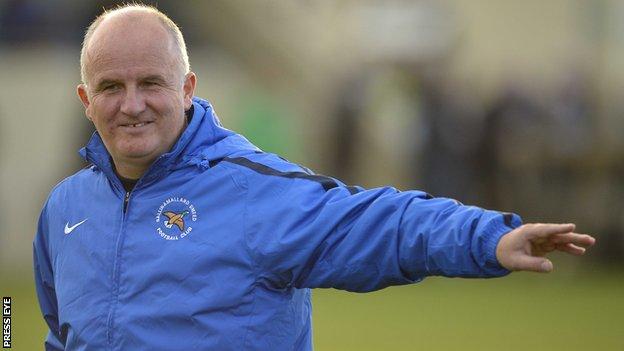 Anderson guided Ballinamallard to promotion last season, and they moved up to third in the table by beating champions Linfield 3-1 on Saturday.

"The whole journey really feels like a dream," said a delighted Anderson.

"We never could have imagined making it to the Premiership a few years ago, never mind me winning an award for manager of the month.

"Despite our early success, our aim is still just to make sure we are in the division this time next year.

"But for now we are just enjoying ourselves - there is a great buzz about the place."