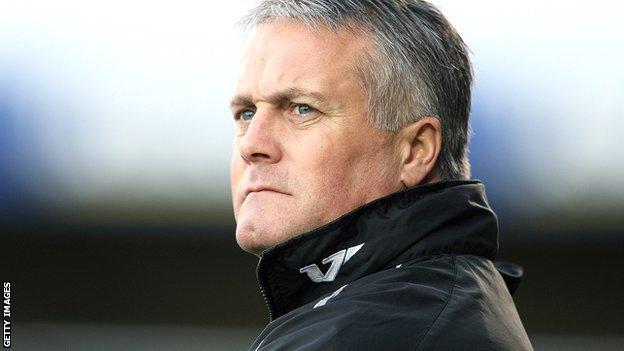 Port Vale moved back to within three points of League Two leaders Gillingham with a convincing 3-0 win over Oxford.

Micky Adams's men have not always fully fired at home this season but they were on course for victory once top scorer Tom Pope, who had already hit the bar, opened the scoring from close range.

Ashley Vincent added the second with a shot from the tightest of angles.

United's defeat leaves them 19th in the table, with 13 points from 12 games.

In contrast, Vale, riding high in second place, are full of confidence after a display that should have yielded further goals.

Jennison Myrie-Williams was denied what would have been a deserved goal to cap a fine individual performance when his shot slammed against the crossbar while Oxford defender John Mullins almost put through his own net, his glancing header striking the far post.

But Pope's first-half effort took his tally to 13 for the season - 12 of them in League Two, making him, along with Burnley's Charlie Austin, the joint top Football League scorer.

"Our home form hasn't been great this season, so it was nice to send the fans home with a smile on their face.

"The first 20 minutes we were a bit sluggish but, by half-time we could have got two or three and, in the second half, it was like The Alamo.

"Our fitness levels are gaining us an extra five or 10 per cent on the other sides. When we've got five or six on their game, we can destroy teams and, at the moment, it's more like 10 or 11."