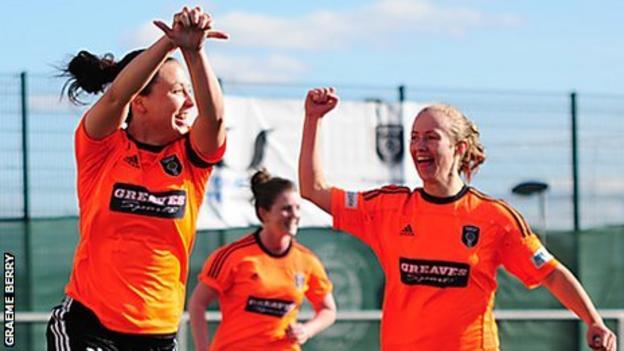 Second-placed Hibernian's title chances took a hit when they lost to an Abbi Grant goal for Forfar Farmington.

Spartans enjoyed a resounding 5-0 win at Aberdeen and six goals were shared in the mid-table match between Hutchison Vale and Hamilton.

The Highlanders thrashed Kilmarnock 8-0, while Cheryl Gallacher's goal for Rangers secured the points in a 1-0 win at Falkirk Ladies.

Glasgow City exited the Champions League earlier in the week with a 2-1 aggregate defeat by Fortuna Hjorring.