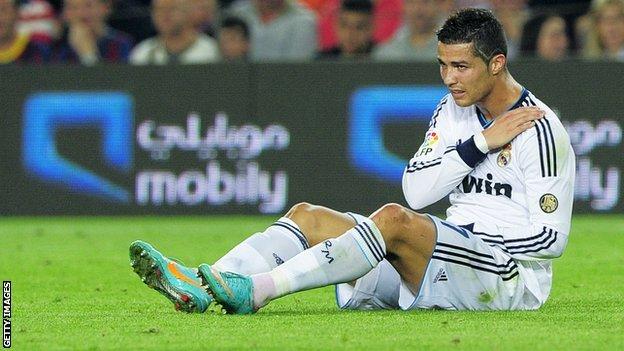 Cristiano Ronaldo is set to join the Portugal squad despite a shoulder sprain sustained while attempting an overhead kick in Sunday's El Clasico.

Ronaldo, 27, scored both goals for Real Madrid in the 2-2 draw against Barcelona, before suffering the injury.

He will remain "under observation", but should have no problem playing on Friday in Moscow, Madrid said.

Monday's club statement read: "Ronaldo was examined at his home this morning by Real Madrid doctors who have said that his injury is not serious and that he does not need to undergo more tests in a hospital."