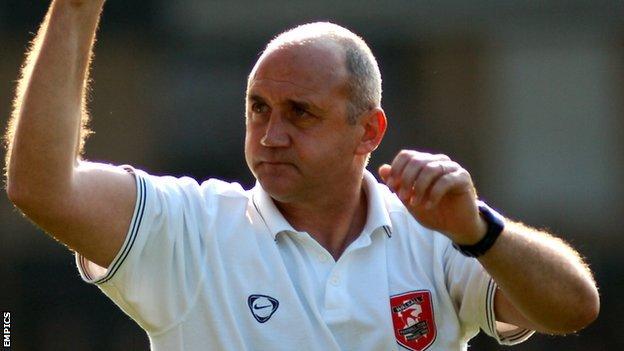 Cambridge United boss Richard Money will face his former club Luton in the fourth qualifying round of the FA Cup.

The U's will host the Hatters on 20 October in the last round before League One and Two clubs are introduced.

Wessex League outfit Blackfield & Langley, the lowest ranked side to have booked their place in the final qualifying round, will travel to Hitchin Town or Hastings United.

South Park of the Combined Counties League have been drawn at home against the winner of the replay between Metropolitan Police and Dereham Town.