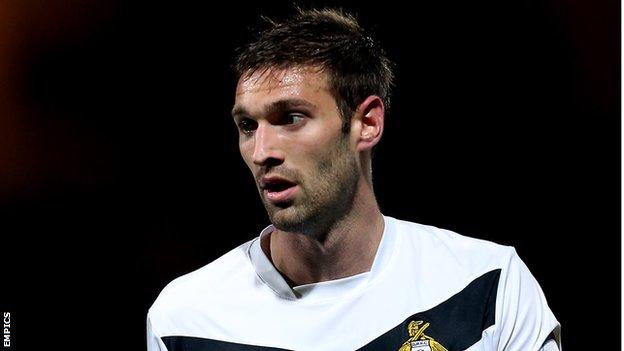 Doncaster Rovers defender Jamie McCombe could be out for up to three months with a hairline fracture in his back.

McCombe, 29, had played every game this season until the injury ruled him out of Saturday's win over Shrewsbury.

"It's not a good injury for him being a such a big lad," Rovers boss Dean Saunders told BBC Radio Sheffield.

"It's a shame as he's got himself as fit as could be - we've probably got an estimated time of two to three months," Saunders added.

McCombe joined Rovers from Huddersfield in August on a two-year contract.