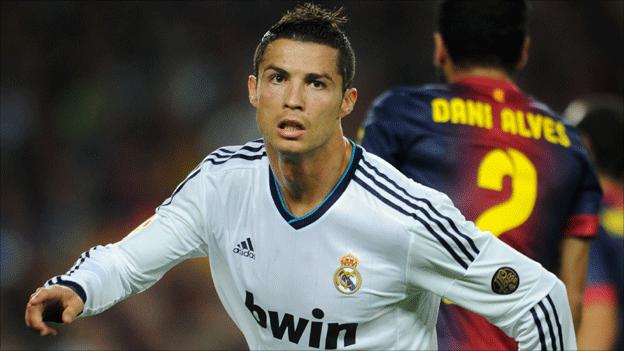 Cristiano Ronaldo has been named in the Portugal squad which will face Northern Ireland in their World Cup Group F qualifier in Porto next week.

The Real Madrid forward sprained his left shoulder in the 2-2 draw with Barcelona, but his club has confirmed that the injury is not serious.

The Portuguese first face a game against Russia in Moscow on Friday.

Portugal have started their campaign strongly, winning 2-1 in Luxembourg and 3-0 at home to Azerbaijan.

Ronaldo hurt himself attempting an extravagant overhead kick in the second half of El Clasico and looked troubled by the joint thereafter.

But Madrid are confident he will be fit to play in Portugal's two World Cup qualifiers over the next eight days.

A club statement read: "Cristiano Ronaldo will today join the rest of the Portugal squad.

"The Real Madrid forward was examined at his home this morning by club doctors, who have said that his injury is not serious and that he does not need to undergo more tests in a hospital.

"Real Madrid have already informed the Portuguese Football Federation that Cristiano Ronaldo will join their national team squad in Obidos.

"Once there, the player will be kept under observation and will have no problem in playing on Friday in Moscow for Portugal against Russia in the World Cup 2014 qualifier."

The Euro 2012 semi-finalists will take on Michael O'Neill's side four days later.

Northern Ireland face an uphill struggle to retain any lingering hopes of qualifiaction, having lost to Russia away and drawn with Luxembourg at home in their opening two fixtures.