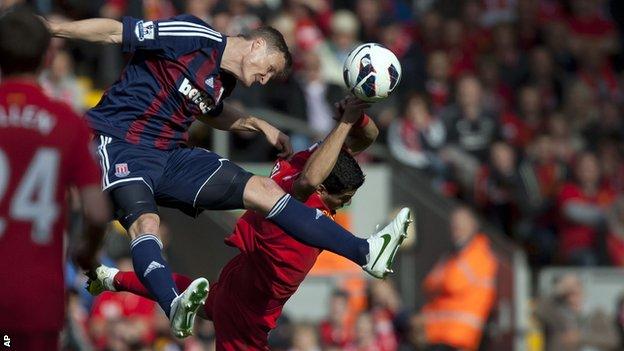 Stoke defender Robert Huth will not be charged by the Football Association for an alleged stamp on Liverpool forward Luis Suarez.

The German, 28, appeared to thrust his foot into the Uruguay international's chest during the 0-0 draw on Sunday.

Under FA rules retrospective action cannot be taken if an incident has been seen, even if the full extent of it has not been witnessed.

And at least one of the match officials saw the coming together of the players.