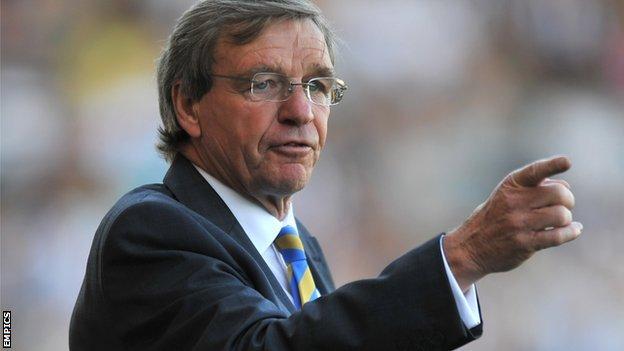 "A lot of managers look at the early rounds of the Johnstone's Paint Trophy and almost dismiss them," said Turner.

"Some aren't unhappy about being knocked out but I think it's a great competition.

"There's the terrific prospect of getting to Wembley, and we'll be treating it very seriously."

Turner never had much luck in the competition, in its various sponsored guises, with Hereford United.

And the nearest Shrewsbury came to Football League Trophy success was 17 seasons ago when they reached the Auto Windscreens Shield final.

But, having been drawn at home, Turner, whose Town side need a lift after four league games without a win, is hopeful.

"We've not had the best of luck in cup draws recently," he added. "We've tended to be away from home.

"So we've got a good opportunity here - against a decent Crewe outfit I must say - to get into the next round."

Crewe, who have also enjoyed three past visits to Wembley, have a much more recent memory of getting to the national stadium, having won the League Two play-off final there in May.

Like Turner, boss Steve Davis is also expected to pick a strong team and does not plan to make too many changes.