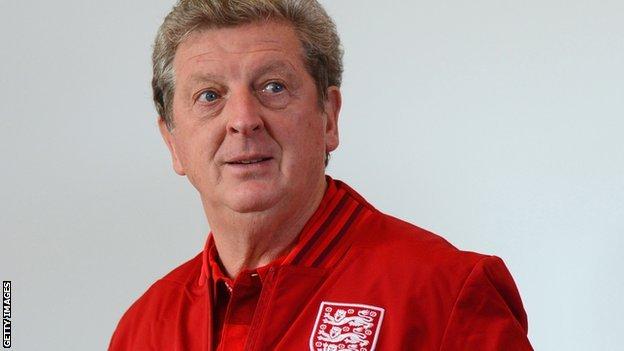 England manager Roy Hodgson will draw on the experiences of the country's other top national team coaches to help deliver success on the football pitch.

"I spent three hours with him," Hodgson told BBC Radio 5 live.Sport. "We were discussing our experiences.

Hodgson said Lancaster had "a lot of problems to deal with" after taking charge following England's disappointing 2011 World Cup campaign.

"He has produced an incredible PowerPoint presentation on how he set about changing the mentality and culture," added Hodgson, who also revealed he has plans to meet former British Olympic Association director of sport Sir Clive Woodward and England cricket coach Andy Flower.

Flower has guided the England team to the top of the world rankings in both the Test and one-day formats of the game.

"Sir Clive Woodward and I are going to do a television programme where we are going to talk about our various coaching experiences," said Hodgson, who also praised the impact Dave Brailsford has had on British cycling.

England play San Marino on 12 October at Wembley and Poland on 16 October in qualifiers for the 2014 World Cup in Brazil.

The national side struggled to reach the latter stages of the 2010 World Cup, losing in the last 16 under Fabio Capello.

After Hodgson took over the team in May, he could only guide the team to the quarter-finals of Euro 2012.

The Football Association hope the country's new national football centre at St George's Park, which coast £105m to build and opens officially on Tuesday, will improve the side's fortunes.

The 330-acre site will be the base for 24 England teams and house 12 full-size pitches, including an exact replica of the one at Wembley.