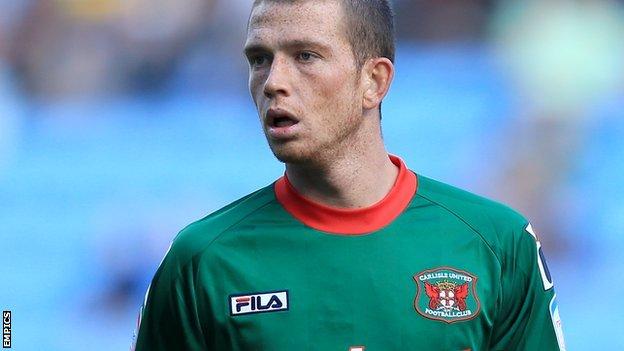 A last-minute equaliser from Carlisle's Joe Garner left Bury still waiting for their first league win of the season.

Zac Thompson and Dominic Poleon joined Bury on loan from Leeds earlier this week and the pair linked up well before Thompson scored from 20 yards out.

Poleon had earlier hit the outside of the post as the Shakers looked to move off the bottom of League One.

But Garner snatched a point for the visitors when he drilled a low shot past home goalkeeper Trevor Carson.

Bury striker Tom Hopper, who is on loan at Gigg Lane from Championship side Leicester City, will remain with the Shakers until 3 January after his loan deal was extended.

"The lads were fantastic from start to finish. We missed opportunities to kill the game off, but other than that, I thought it was a very good performance.

"The players that have come in settled down quite quickly and we've shown everybody we can compete in this division.

"It's always heartbreaking to concede as late as that, particularly when the performance was as good as it was.

"I think that was the only shot Carlisle had on target all game."