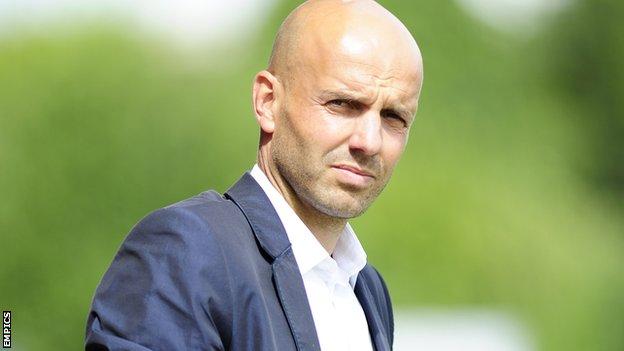 Exeter City manager Paul Tisdale says his side must improve their home form.

City have won only two of their six League Two matches at St James Park this season, compared to four out of five while on the road.

"There's a quarter of the season gone now, we've not been effective enough at home," Tisdale told BBC Radio Devon.

"I'll have to look at the reasons why and we have to improve from here," added Tisdale, whose side have won only one game at home in the past month.

Exeter remain fourth in League Two, on Saturday, but have lost three of their last four games.

Despite that, Tisdale feels his team will improve as the season goes on.

"Before we get to that last quarter of the season we will improve and that's what I've got to do.

"You look at the games and assess them and work out ways to improve and that's what I'll do."