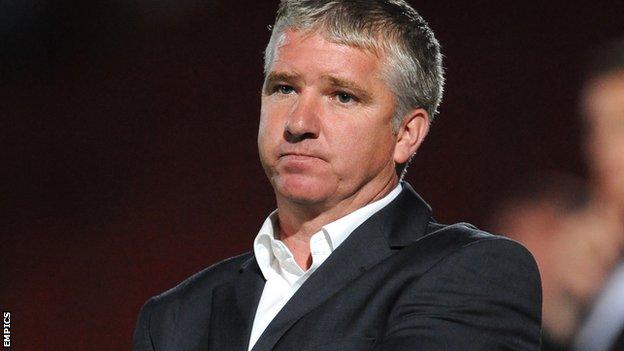 Torquay boss Martin Ling will have to wait to give his fringe players a run-out after their Johnstone's Paints Trophy game with Yeovil was postponed.

Plainmoor has been waterlogged after heavy rain in south Devon.

The Gulls have a number of players in the first-team squad who have yet to make their senior debuts.

They include and winger Carl Baker who joined the club on a short-term deal from local league football.

"I've got to play six of the lads as that's the rules, but I probably will make few changes," Ling had told BBC Devon.

"But if they do well they're in the team for Accrington next Saturday."

He will now have to wait until the fixture is replayed on Tuesday 16 October.