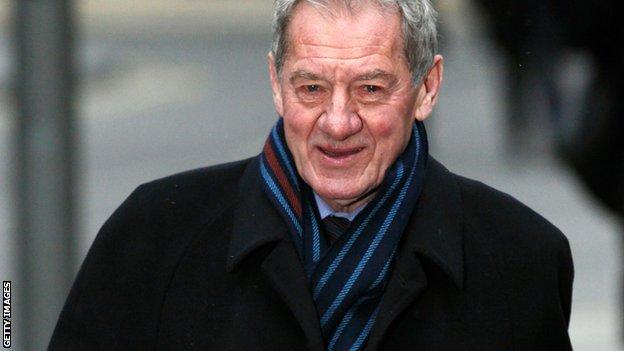 The Owls, who are winless since a 1-0 success over Fulham on 28 August, have lost seven of their last eight games and are currently third from bottom in the Championship.

Mandaric told BBC Radio Sheffield: "There is no reason to question Dave's position, he is a very good manager.

"We have to try to get back on track and I believe we will."

He continued: "Above all else we need to have patience and have trust in one another.

"I'd be lying if I said I wasn't concerned by the run but I'm not overly panicked by it. Everyone is working hard to correct the mistakes that we're making."

Jones, 56, led the club to automatic promotion from League One last season after taking over from Gary Megson in March.

The former Wolves and Cardiff boss completely overhauled the squad during the summer and Mandaric is confident it is a case of when rather than if the new signings start to pay off.

"We have bought a lot of new players in and it is just a matter of time," he said.

"We have a good bunch of players but they need a couple more games to really get into it.

"Sometimes players don't gel easily but if you're going to have difficulties it is better to have them now rather than later on in the season."

After the international break, the Owls will return to action with a home match against Yorkshire rivals Leeds on Friday 19 October.