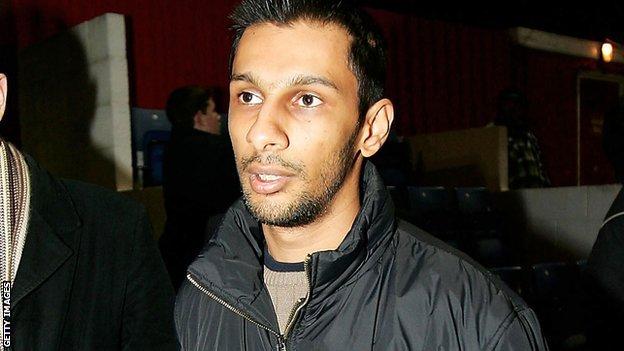 Crisis club Kettering Town have been unable to name a squad for Tuesday's league game at Leamington, strengthening fears their 140-year history could come to an end.

And they must pay £3,000 as part of a company voluntary agreement to avoid a winding-up petition.

On top of that, the club has no electricity at their Nene Park ground.

Owner Imraan Ladak had hoped to deregister a number of youth players in order to free up squad spaces for the Leamington game.

And Saturday's visit of Bideford is also in doubt, with the club looking to hire a generator to power Nene Park, after electricity was turned off when the club could not afford to pay a deposit to the supplier.

Despite all those hardships, Ladak is confident the club has a future, with three prospective buyers interested in launching a takeover bid.

"We're in talks with different people to take the club over," Ladak told BBC Radio Northampton.

"Non-disclosure agreements have been signed with two of those. Hopefully, one of the buyers can reach a conclusion sooner rather than later.

"The way things are progressing with at least one of the parties, it does look good."

One of the offers includes the possibility of buying Nene Park, the former home of now defunct Rushden & Diamonds.

Ladak, who is attempting to recoup £422,000 in a dispute with sponsors, has also assured supporters that the £3,000 required to meet the conditions of a company voluntary agreement and thus avoid a winding-up petition will be paid.

The Poppies are currently bottom of the league following a 10-point deduction.

They were founded in 1872 and at one time were one of the leading clubs in non-league football.