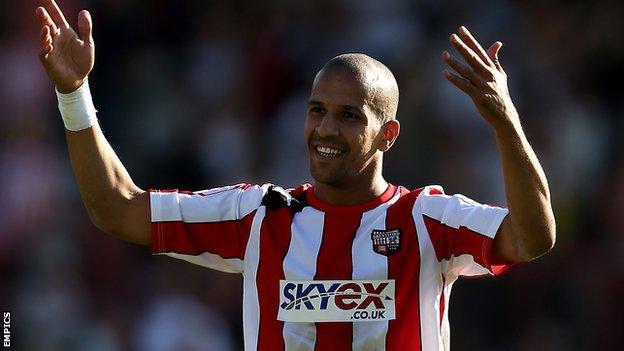 Brentford striker Farid El Alagui faces a lengthy spell on the sidelines after suffering a knee injury in their League One victory over Crawley on Saturday.

After undergoing a scan, the club confirmed the Moroccan will begin a period of rehabilitation.

El Alagui has scored three goals in 10 appearances since joining the Bees on a free transfer this summer.