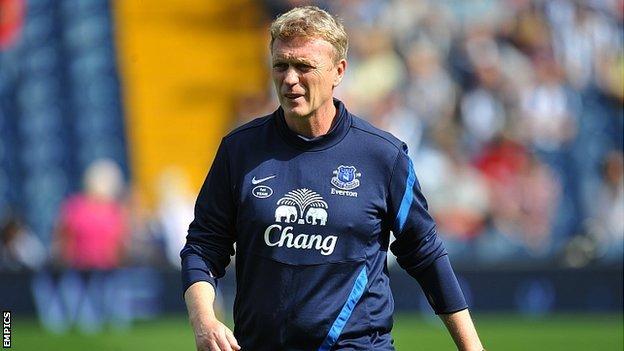 Everton boss David Moyes has been named Premier League manager of the month for September as the club continued their impressive start to the season.

Everton suffered their first defeat of the campaign, and drew with Newcastle before scoring six times in wins over Swansea and Southampton.

The club are fourth in the table, five points behind leaders Chelsea.

Fletcher, a £12m signing from Wolves in August, scored twice on his debut against Swansea and followed up with goals against Liverpool, West Ham and Wigan.

Last week he was recalled to the Scotland squad for the first time since making himself unavailable for selection for a friendly against Northern Ireland in February 2011.

Moyes, who completed 10 years at Everton in March, says his team have set their sights on qualifying for the Champions League.

"With the quality of the Premier League it is really hard to qualify for the Champions League but I wouldn't say we can't do it. It is possible and you have to aim for that," he said.

"If we fall short and end up in the Europa League then so be it, but in recent years we have been pretty close, finishing sixth, seventh or eighth, so we want to do that at the very least."