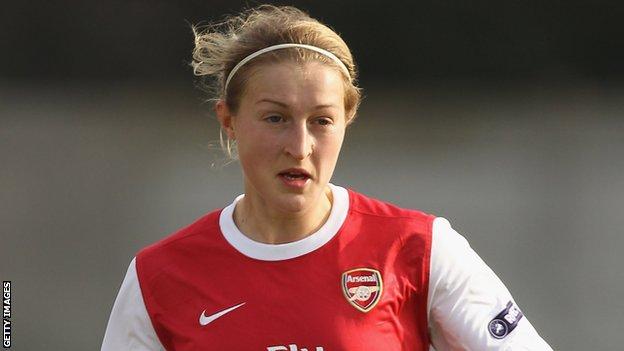 Arsenal take on Birmingham in the FA Women's Super League Continental Cup final at Barnet on Wednesday in a repeat of last year's fixture.

The London club won 4-1 last season as they completed a treble that included the inaugural WSL title and the FA Cup.

Arsenal drew 1-1 with Birmingham on Sunday to ensure an unbeaten 2012 league season in which they clinched the title by 12 points from Blues.

However, FA Cup winners Birmingham are keen to collect another trophy.

"I won all the domestic honours when I was at Arsenal but now I want to take one off them - and after winning the FA Cup in May a victory on Wednesday night would complete a great year for us," said Blues captain and former Arsenal player Laura Bassett.

Birmingham finished second in the league, with their point against Arsenal ensuring that they join the WSL champions in next season's Champions League.

Emily Simkins put Blues ahead on Sunday before striker Ellen White produced a neat finish from just inside the penalty area to level for Arsenal.

In last year's Continental Cup final England winger Rachel Yankey scored for Arsenal, while White and Jayne Ludlow were also on the scoresheet.

Isobel Christiansen struck for Birmingham, who had England striker Rachel Williams sent off.