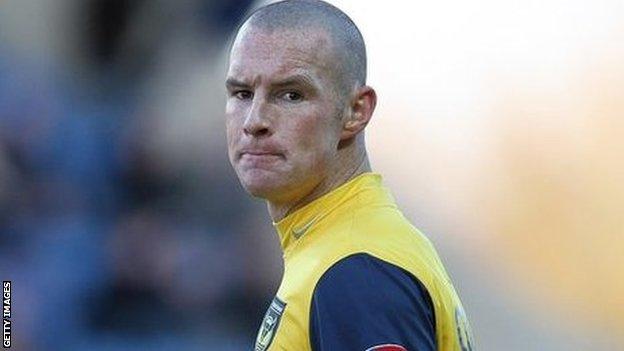 Oxford United manager Chris Wilder spoke of his delight after striker James Constable scored his first goal since February for the U's.

"He needs opportunities and you could see when he scored he grew in confidence and he stuck his chest out."

The striker who scored 11 goals last season was a target for Bristol Rovers in the summer and has struggled with his form this term.

Constable in the goals...

Constable's poor form coincided with a run of bad results for the U's and Wilder was delighted with his contribution during the rest of the match.

Wilder, whose side travel to Port Vale on Monday, added: "The application and attitude of the players was first class.

"Big games take care of themselves, but it is games like this where you have to scrap that you can judge a player's character.

"We are going in the right direction and that's three results without defeat on the bounce now so I'm delighted."