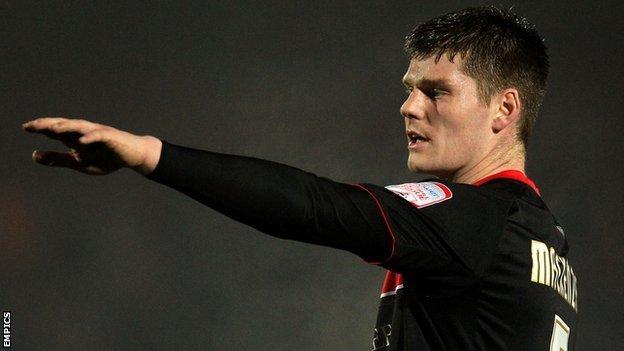 MK Dons defender Gary MacKenzie is expected to be out for three months after being told he faces hip surgery.

After a three-week assessment, the club have decided to perform a hip arthroscopy to resolve the problem.

"Gary has had a problem within the hip joint that has been affecting his ability to perform to his high standards," said Dons head of sport science Simon Crampton.

"Following a series of investigations and consultation with Professor Ernest Schilders, a world-renowned hip specialist, the decision was made that the issue needs to be rectified surgically.

"Gary will undergo the operation next Monday and then will complete an intensive rehabilitation process with our medical team and it is expected that he will be sidelined for at least 12 weeks."

Former Rangers and Dundee centre-half MacKenzie is in his third season at Stadium MK, where he has made 70 appearances.

The injury will be a setback to the uncapped defender's international ambitions, after he was drafted into Craig Levein's Scotland squad for last month's World Cup qualifiers.