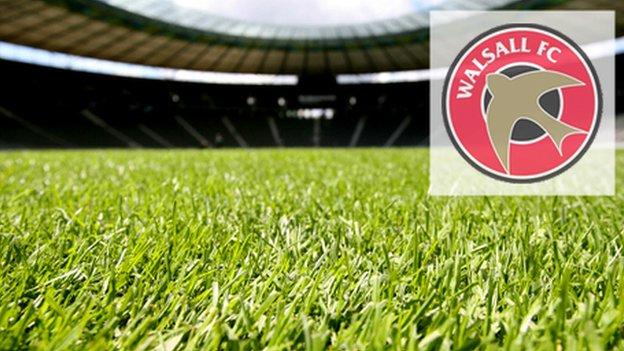 Teenage Port Vale keeper Sam Johnson admits he had "unbelievable arenaline" coursing though his veins as he fired his side to a Johnstone's Paint Trophy penalty shootout win at Walsall.

After Vale came back from two goals down to draw 2-2 in Tuesday's tie at Bescot, the 19-year-old debutant fired the winning penalty for a 6-5 victory.

"I was as nervous as anything," Johnson told BBC Radio Stoke.

"I have to admit the adrenaline going though my body was unbelievable."

In a shootout that went to 22 penalties, 11 of them were missed before Johnson, who had just saved from Walsall keeper Karl Darlow, fired the winning kick past his opposite number.

"I had a joke before the start with the lads saying I'd score the winning penalty," said Johnson. "But I never thought it would actually happen.

To be honest I actually felt confident. But the lad's pulled off a terrific save

"I've practised them a couple of times in training for a laugh. But all I was just thinking was, 'pick your spot and don't change your mind'."

Johnson's winning strike capped a dream debut, in which he had already made a string of important saves, none more so than his save in the shootout to deny Darlow.

"To be honest I actually felt confident," Darlow told BBC WM. "You mess about after training and take the odd penalty. But the lad's pulled off a terrific save.

"He did really well on his debut. He made some great saves. Hopefully he can build on that and do well for Port Vale."

After falling 2-0 behind two minutes into the second half, when Will Grigg netted, to add to Florent Cuvelier's first-half penalty, it looked comfortable for Walsall.

But Ryan Burge pulled one back two minutes later, before League Two top scorer Tom Pope netted his 12th goal of the season on the hour to take the game to penalties.

Then it was time for Johnson, who had already made great saves from Jamie Paterson and Ben Williamson in normal time, to star in the shootout, saving two of the spot kicks, from Cuvelier and Darlow.

"I was delighted to start," said Johnson, "but nervous at the same time.

"I'd like to think I could break into the first team after a good debut, but our number one Chris Neal has been doing well all season, so it would be hard to take it off him."