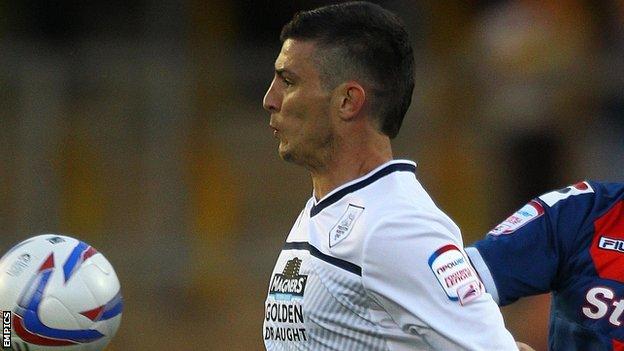 Preston manager Graham Westley praised his players for their attitude in qualifying for the area quarter-finals of the Johnstone's Paint Trophy.

The Lilywhites came from behind to beat Morecambe 4-2 at Deepdale.

"We needed to bounce back after a disppointing performance at the weekend," Westley told BBC Radio Lancashire.

"I thought the guys put in a terrific second-half performance, especially after going 1-0 down."

Westley was particularly pleased with the showing by players who have not been featuring in league matches recently.

"I've said to the lads who haven't been involved over the past few weeks that they have a special responsibility, because it's the work they do then which dictates the success they have when they get in the side.

"If they keep themselves right they will be able to make a contribution when they get a chance. The professionalism of players when they're not getting game minutes is vitally important, and Graham Cummins and Chris Robertson were a credit to themselves and to the football club."

Irish striker Cummins, one of four fit strikers fighting for a jersey in the Preston starting line-up, equalised after League Two Morecambe took the lead.

Substitute Akpo Sodje also impressed, scoring 23 seconds after being introduced in the second half.

"I don't know if I've ever had a substitute make such an immediate impact before, but certainly Akpo made a difference and it always makes you chuffed when that happens," said Westley.

"It was a good opportunity for us because there's a possible Wembley appearance at stake. Playing at Wembley is a great experience, but you have earn the right," added Westley.