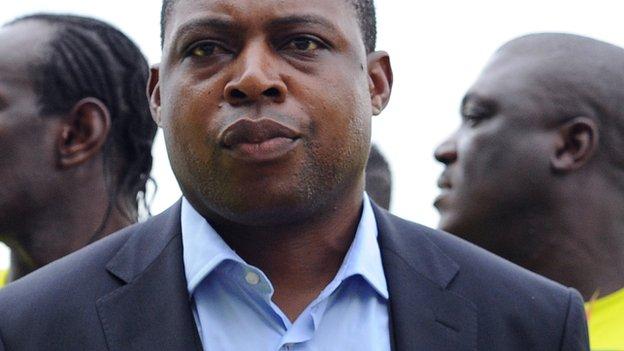 Zambian legend Kalusha Bwalya is confident the Chipolopolo will qualify for next year's Africa Cup of Nations finals in South Africa.

Zambia, who are the reigning champions, take a 1-0 lead into the second leg of their final round qualifier away to Uganda on Saturday.

Although the Chipolopolo will be without injured midfielder Rainford Kalaba and striker Jacob Mulenga, who is mourning the recent death of his father, Bwalya believes his country hold the advantage.

"We know what to expect… but this is football and there's no scripture for football," Bwalya told BBC Sport.

"We have a massive lead in my opinion. One goal is very important and if we can go to Uganda and get a goal, it means they have to score at least three goals.

"I just hope we can get that goal. It's easier said than done but I just hope (coach) Herve Renard will come up with tactics that will befit Zambia as African champions."

The former African Footballer of the Year added: "I think that Zambia deserve to go to South Africa and defend the title and see how far we can go."

Zambia have set up camp in South Africa but an advance delegation from Faz arrived in Kampala on Monday to check on facilities.

Namboole Stadium, which will host the match, was recently closed for repairs following a complaint from the Zambian Football Association over its condition and suitability.

Meanwhile, the Zambian government has offered $5,000 to each of the players as a bonus if they beat Uganda.

Sports minister Chishimba Kambwili said the increase in the allowance was to motivate the players.

He said the Zambian government, in collaboration with a local mining company, has also chartered a plane for the squad, as well as fans, to enable them to travel to Uganda.

The plane carrying the team and fans is expected to leave for Uganda on Thursday.