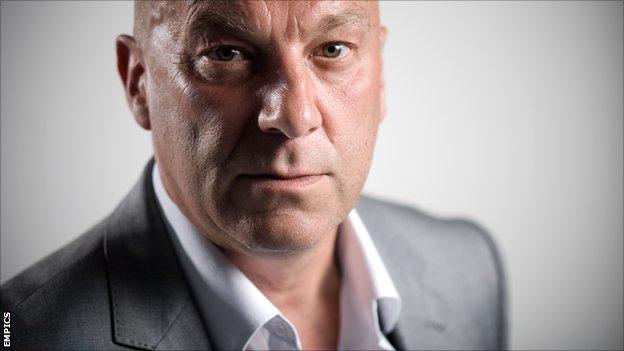 Hartlepool United coach Neale Cooper has said his players need to show mental toughness if they are to end their eight-game winless run.

at Victoria Park to extend their wait for a win.

"We have to have bottle to get on the ball," Cooper told BBC Tees.

"Everyone feels pressure when things are as they are, but we need to show a bit of mentality."

He added: "We're all struggling at the moment and there's no-one that hurts more than me.

"I feel it, I'm hurting, but even tonight there were good things but there were things that were careless."

Meanwhile Hartlepool will be without winger Andy Monkhouse for four-to-six weeks, after he damaged ankle ligaments in Saturday's 2-1 defeat by Crewe Alexandra.

The 31-year-old has scored once in 11 games for the club this season, but lasted just eight minutes at Gresty Road before he was withdrawn by Evan Horwood.